"Where the West Still Lives"

Modoc County is a county in the far northeast corner of the U.S. state of California. As of the 2010 census, the population was 9,686. making it the third-least populous county in California. The county seat and only incorporated city is Alturas. Previous county seats include Lake City and Centerville; the latter is now a ghost town. The county borders Nevada and Oregon.


The county's official slogans include "The last best place" and "Where the West still lives". 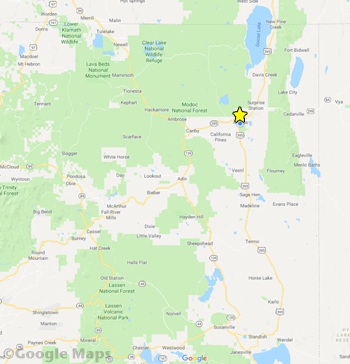