JESSY EISMANN, the Blackhawk Pilot who landed at the Alturas Airport to refuel this Blackhawk Helicopter created some interest. Kody Capaci, age 8, who was visiting here from Denver, got to meet Eismann and climb into the pilot’s seat.

After finding out that the Blackhawk pilot was a Modoc High graduate, The Record asked for a little information from him and the note he wrote below gave us a little insight into his life beyond graduation. Thank you, Jessy, for taking the time to write us and a sincere thank you for your service.

“I enlisted in the Army directly after high school graduation and continued my service for 24 years,” he said.

McKinney fire out of control

Fire season is in full swing in Southern Oregon and Northern California with more than 12 forest fires started in Siskiyou County over the weekend according to Klamath National Forest Service. Most of the blazes were started by lightning.

The biggest fire was the McKinney Fire in Siskiyou County.

That fire resulted in the near total destruction of the small Community of Klamath River. In addition, there are four fatalities reported. According to reports as of 10:30 a.m. Wednesday, the fire had grown to 57,500 acres had zero containment.

The hot weather is going to stay for awhile, according to the National Weather Service.
Thursday: A 20 percent chance of showers and thunderstorms after 11 a.m. Widespread haze before 11 a.m. Mostly sunny, with a high near 94. Light and variable wind becoming west southwest 6 to 11 mph in the afternoon.

Numerous South Central Oregon Fire Management Partnership, SCOFMP, resources were dispatched to 12 lightning strike fires Monday. The largest of these fires, Little Locust, was last measured at 20 to 25 acres. The rest of the fires remain small at one tenth to one quarter acre.

The Bureau of Land Management on Monday, Aug. 1, will implement seasonal fire restrictions to prevent wildfire risk on public lands managed by the Eagle Lake and Applegate field offices in Lassen, Modoc, Plumas, Sierra, Shasta and Siskiyou counties in California, and in Washoe County, Nevada. These seasonal restrictions are in addition to the BLM California fire prevention order and will remain in effect until further notice.

Wish you could get more of the Modoc Record than what is on our free website? Consider purchasing an online subscription. At only $15 per year, you'll have access to our entire current edition plus access to each issue from the past year! Give our office a call and we can help you get set up right away. 530-233-2632 or click here. 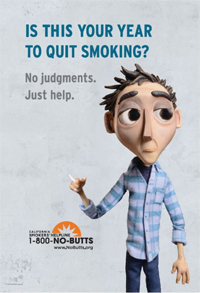